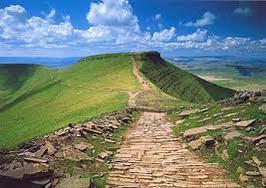 The mountain and surrounding area are owned by the National Trust whose work parties attempt to combat the erosion caused by the passage of thousands of feet up and down this most popular of South Wales' peaks. The mountain is used by the military as part of the selection process of the UK's Special Forces personnel.

Pen y Fan is the highest peak in south Wales, situated in the Brecon Beacons National Park. At 886 metres (2,907 ft) above sea-level, it is also the highest British peak south of Cadair Idris in Snowdonia. The twin summits of Pen y Fan and Corn Du at 873 m (2,864 ft) were formerly referred to as Cadair Arthur or 'Arthur's Seat'. 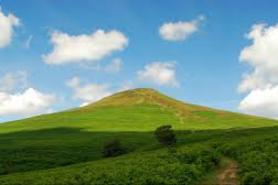 The view from the summit covers the Black Mountains to the north, the Cotswolds to the east, as far as the Brecon Beacons including Pen y Fan and Corn Du to the west and the Bristol Channel to the south. The Skirrid is easily visible to the immediate east, including its spectacular landslip at its northern end. On a clear day it is possible to see hills as far north as Shropshire and as far south as Somerset. 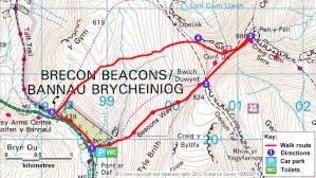 The Sugar Loaf mountain is very popular with walkers and hillwalking enthusiasts and offers easy ascents on foot from the Sugar Loaf car park, at about 1,000 feet, or longer ascents from Abergavenny, Crickhowell or Llangenny.

The original Welsh name of the hill appears to have been Mynydd Pen-y-fâl. Translated into English, this name means 'mountain of the head/top of the peak/summit' from mynydd, pen and bâl. The name Sugar Loaf has been popularly applied to numerous hills which have a perceived resemblance to a sugarloaf.